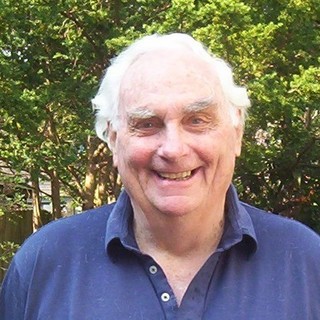 In 2015 I chose and edited AUGUST 1864 (by H.V. Rhodes), a historical naval adventure based on a true Civil War story. It was published by The Write Thought Inc. under my imprint: A SilverStowe Book.

When I was ten years old, my mother received a phone call from a neighbor. After apologizing for the intrusion, the neighbor asked whether I was "all right" because she had seen me walking past her house in deep conversation with myself. "Oh, that’s just Billy," my mother chuckled. "He’s telling himself stories, he loves to do that."

And, in truth, I did and still do. Of course, now I share stories by writing them, but the urge to "tell stories" remains just as vivid as when I was a boy, though my path to becoming a writer was hardly a direct one. It included diversions as an officer in the U.S.. Coast Guard for more than three years and seven years as a practicing attorney and member of the Pennsylvania bar.

Now, I write and teach, and it’s been this way since the 1970s. In all, I’ve authored or co-authored more than 20 nonfiction books, including five with my late wife June Noble, and five with my current wife, Angela Whitehill. I’ve written about stepfamily relationships, the need for inner privacy, psychiatry’s alarming power over our lives, the art of writing, the art of classical ballet, censorship, the Watergate affair and life in the Aztec Empire. Many were chosen as book club selections by Book-of-the Month Club, Writers Digest Book Club and/ or Dance Book Club.

Since 1985, I’ve been teaching Creative Writing at Community College of Vermont, both on the ground and online. In 2002, I began teaching Creative Writing, as an adjunct, at Georgian Court University, Lakewood, NJ. until 2010. From 1991-2001, I was a Vermont Humanities Scholar with the Vermont Council on the Humanities, and from 1993-1998, I was adjunct faculty in the external degree program at Johnson State College, Johnson, VT.

In 2015 I chose and edited AUGUST 1864 (by H.V. Rhodes), a historical naval adventure based on a true Civil War story. It was published by The Write Thought Inc. under my imprint: A SilverStowe Book.

For many years my biography has been available in WHO'S WHO IN AMERICA and CONTEMPORARY AUTHORS, and I’ve appeared on more than 60 television shows, including the Today! Show, in connection with my writing.

Here’s a list of my books in descending chronological order:

*republished in CLASSIC WISDOM ON WRITING series (2011) by The Write Thought, Inc.